Kathmandu, June 12: After the Supreme Court (SC) ordered the government to stop the construction of the international airport in Nijgadh, Bara, discussions have begun whether to build an airport or not.

SC, the apex court, on May 26 had ordered the government to stop the construction of the international airport in Nijgadh asking to seek an alternative. All preliminary works have been halted following a 2019 Supreme Court order. The court ruled that the project, which includes the felling of potentially millions of trees, was a threat to local wildlife and the ecosystem.

In the writ petition filed by senior advocates Prakash Mani Sharma and Ranjuhajur Pandey, the petitioners had demanded that the construction be stopped since the project there would cause a massive environmental impact including on wildlife and biodiversity.

No better place than this

“At present, the daily air traffic at Tribhuvan International Airport is running at its saturation level and Nijgadh airport seems to be an alternative to it,” Sanjeev Gautam, former Director General of Civil Aviation Authority of Nepal (CAAN) said.

Nepal’s current air traffic pressure is increasing by 10 per cent annually, he said. An alternative to this has recently come into operation.

If you look at the growth of the airspace, the traffic doubles every 15 years. According to 2019 data, 4.3 billion people have travelled across the world. What is needed for airspace security is the restructuring of routes and land infrastructure and new equipment.

Nijgadh is a suitable location from all aspects to become an alternative to Kathmandu’s Tribhuvan International Airport.

“If we use 2,500 hectares, the airport will be big enough for operation smoothly for about 70 to 75 years,” he said.He said that Nijgadh International Airport and KTFT projects should be taken parallelly for the sustainability of both projects. The concept of sustainable development is to develop while protecting the environment. Talking about sustainable development does not mean that they only destroy it.

Bijay Yadav, chief of Second International Airport Project, Bara, said that about Rs. 1.11 billion had been spent on the project till date since the fiscal year 2014/15, the first date that the government had allocated a budget for this. In the fiscal year 2014/15, the government had allocated Rs. 500 million for the completion of the preliminary works. The government has too mentioned that the project would be forwarded through Investment Board Nepal by determining the investment structure for the construction of Nijgadh International Airport from the upcoming fiscal year (2022/23).

Yadav said that so far river control programme, distribution of compensation to landowners and fencing have been going on.

He said that the project has distributed compensation worth around Rs. 480 million for 71 bighas of land out of 110 bighas to acquire for the project.

Binayak Shah, First Vice-President of Hotel Association, Nepal, said that any development work should not be stopped only by making it a matter of environmental protection.

Stating that the government has promoted Nijgadh Airport as an international airport long after the construction of Tribhuvan International Airport, which was a good move, he said that the decision of the apex court to suspend the work of the airport had made people confused about whether the airport would be built or not.

“We should respect the order of the Supreme Court, but it is not a good idea to come up with such a decision as the project has been forwarded as the national pride for years and billions have been spent already,” he said.

He, however, said that it is a must to control the wrong activities and move ahead by correcting weaknesses, but it should not stop showing the issue of environmental preservation.

Eka Bahadur Shrestha, Coordinator of the Nijgadh Public Concern Committee, said that the project should be constructed at any cost.

“The order of the SC to stop the work which was moving ahead for the last three decades that reaches in the construction phase and asks for an alternative seems to be unnatural,” Shrestha said. The government should not look for an alternative to this project under any circumstances,” he said.

Almost 30 years ago, the government carried out the project citing that it is technically feasible to operate international flights here. “The issues of environmental protection that are raised are not authentic and realistic. Some people who are not in favour of development are raising the issue of environment. Only around 1,600 households should be shifted from the project site,” he said.

The proposed Nijgadh International Airport in Bara district is among the 22 national pride projects. To connect the airport with Kathmandu, construction of a 72.5-km Kathmandu-Terai/Madhes Fast Track (KTFT) (Expressway) is currently in progress. While airport construction has stopped, work on the KTFT continues, albeit at a leisurely pace: Nepali Army, which has been entrusted with the project, last reported a 21 per cent physical progress by the end of the current fiscal year. Work on the mountain tunnels and connecting bridges has just begun. The KTFT project office has claimed that the last date for the completion of the project is 2080/81 B.S. (2023/24),

Prakash Jwala, former president of the Finance Committee of the Parliamentary Committee, who had himself raised the issue several times at the committee and also through his opinion pieces in media, said being close to the airport and the fast track, one scheme was helping the other. But now, Nijgadh Airport is not going to be built for now until the government seeks any alternative.

The proposed airport’s total distance from Kathmandu to Bara, Kolhabi is 175 km. while the total length of the Fast Track is 72.5. The KTFT is conceived to facilitate passengers at the airport and import and export of Nepali and Indian goods and other logistics. The issue of the construction of Nijgadh Airport was also raised to reduce the pressure on the airport in Kathmandu. When the airport could not be established there, the core utility of the Fast Track will be lower than expected.

“Environmentalists have been protesting against the felling of 2.4 million trees, saying it would cause problems to the ecosystem and wildlife and that is another part, but the crucial part of this project is yet to come and let’s see how the government takes the SC’s move,” Jwala said. The KTFT is a much-needed project of national pride for Nepal. The Fast Track is Nepal’s ‘lifeline’ as a link between the Terai and the Federal Capital Kathmandu and both TU Int’l Airport and Nijgadh Int’l Airport.

“Until Nijgadh Airport is built, the Fast Track will not get enough road traffic. There is no basis or possibility to build an airport immediately,” Jwala said. When uncertainty looms large in the construction of the Nijgadh Airport, the fact that Nepal will ensure revenue every year is sure to cause a huge loss to the country.

PM should inform parliament about his US visit: Chairman Nepal 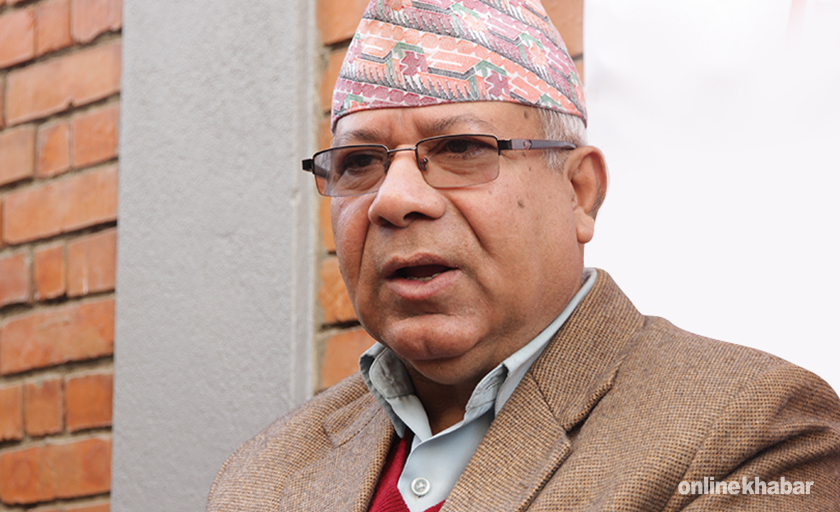 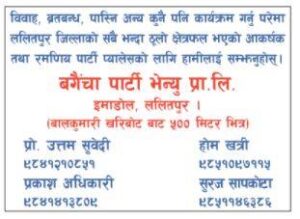 Lawmakers welcome government’s decision not to proceed with SPP

Income of industries up by 27%, credit utilisation down

Merchants informed farmers of fertiliser before it was looted’

State should accord highest priority to development of ICT: VP Pun

Foreign Minister rules out possibility of Nepal’s involvement in SPP